When you’ve been horse-crazy as long as I have, you begin to wonder if it’s caused by some errant gene. It’s a standard joke around horse girls, if something is in fact “wrong” with us, that we are so passionate about equines. In fact, that line of thinking caused me to build a college research project around trying to answer that question: Where does this passion for horses come from?

Were we influenced in early life by television, or movies, or cultural factors that might produce such a desire for all things equine?

As part of my research, I interviewed women and girls who all professed to be crazy

about horses. Contrary to what I believed when I started my research, every single one of my interview subjects stated they were “born with it,” (their love for horses) and that they might have inherited this trait from a family member.

This seed of an idea, based on my own research, sat in the back of my mind while I wrote the rest of the plot of The Girl Who Remembered Horses. Set in a future society where few even remember horses, one girl actually dreams of them. Here is a short summary of the story:

In a world that has forgotten the ancient bond between horses and humans, can one girl’s dreams make people remember? 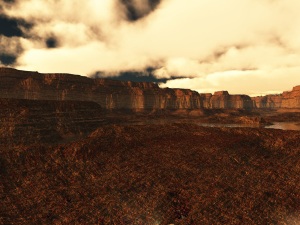 Several generations into the future, Sahara travels with her clan in a barren environment where recyclables are bartered for sustenance, and few remember horses or their connection to humans. But Sahara has recurring visions of riding astride on magnificent animals that run like the wind.

With the help of Evan, a young herder from the Gardener’s Camp, Sahara discovers a crumbling book containing

pictures of humans riding horses and learns her visions are real. Confronting a group of hunters led by hot-headed Dojo, Sahara rescues a wounded horse, but the animal escapes before it can be tamed.

Sahara is labeled a foolish dreamer and almost gives up her quest. Following horse tracks into a remote ravine, she finds wild dogs attacking a dying mare, and must drive them off in order to save the foal. Now she must attempt to raise the young animal, finally convince her clan of the ancient bond between horses and humans, and learn the secret of her true identity.

I truly enjoyed writing the character of Sahara for this novel. Not only was I able to draw on my many years with horses to try and get all the details right for the horse scenes in the novel, but I had research to back me up when the young woman -Sahara – questions who she really is and searches for answers. Fiction and fact and research all played a part in the creation of The Girl Who Remembered Horses, and I am thrilled that this novel is now available as an eBook, and I’m able to share a story that is so dear to my heart. 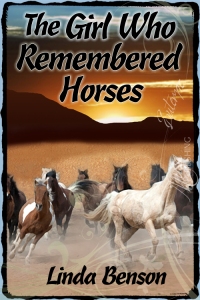 The Girl Who Remembered Horses is now available from Amazon, Barnes & Noble.com, Smashwords, Omnilit, Bookstrand, and from the publisher, Musa Publishing

Linda is a long-time horsewoman and the author of two middle grade novels from Mondo Publishing, The Horse Jar and Finding Chance. Her newest YA novel, Six Degrees of Lost, will be published June 2012 by Musa Publishing. Find Linda on Facebook, follow Linda’s Blog, and learn more at her Website.