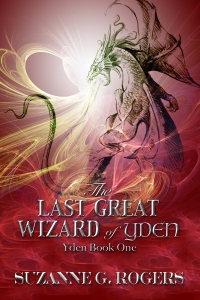 High school student Jon Hansen always thought his father’s tales about the magical planet of Yden were fiction. When his father is kidnapped by an evil wizard, however, Jon is forced to dig deeper. His investigation uncovers magical artifacts that will unlock another dimension—if only he can gather his courage to make the journey. On his quest to Yden, Jon encounters wizards, Cyclopes, and a warlord who seem to want him dead. Fortunately, he’s got friends by his side, as well as the ability to draw things to life. Can he and his friends defeat the most evil wizard the magical world has ever known, or will Jon become the latest addition to the Wolf Clan wizard’s gruesome collection of trophies?

Love the world of Yden?

Poisoned by an enemy, a young warrior strug

gles to find an antidote before she succumbs to enslavement. At the same time, she’s desperate to save Dorsit, a Leopard Clan wizard whose youth and magic has been stolen by a murderous wizard on a rampage. As Kira’s homeland is invaded by bloodthirsty legions, she flees across the country in a bid to reach the Mirrum Mountain nymphs and a legendary cure. Hunted by shadow hounds, Cyclopes, and an evil jinn, will her wits and skill as a warrior be enough to survive?