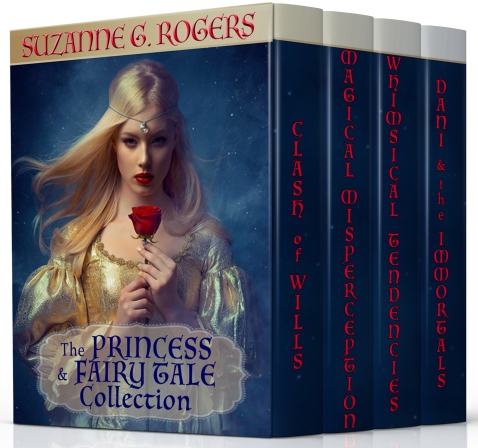 The Princess & Fairy Tale Collection is four fantasy titles in one!  $2.99 at Amazon. 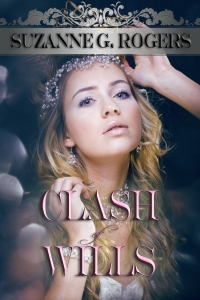 Princess Samantha’s magical compass will help her locate her long-lost brother, but only if she manages to escape the watchful eyes of her royal parents. When an unwelcome suitor comes to call, Samantha seizes her chance. She beguiles the prince into taking her north, intending to abandon him at her earliest opportunity. Unfortunately, his captivating good looks and charming manner present an unforeseen complication–especially when she is forced to accept help from the very man she has deceived.

To maintain his bachelorhood, handsome Prince Wills is not above deception. Although reluctantly entangled in Samantha’s scheme, he vows to protect her…until a lie threatens to destroy their alliance. Can his powerful attraction to the princess overcome his mistrust? And can they survive a dangerous quest to the wild and magical Uncharted Region? 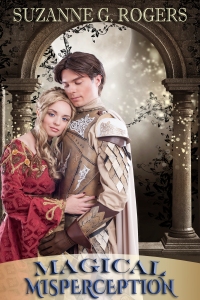 Young Prince Lee can’t talk to girls at all until he meets Jona Haever. His aunt, Queen Gaia, invites Jona to the castle for the summer to help Lee learn social graces. Although Her Majesty makes it clear Jona is no better than a servant, Jona and Lee become best friends. When the summer comes to a close, the two continue to correspond through a pair of magical boxes conjured by the Wizard Farland. Nine years later, Jona and Lee are closer than ever, but any romantic feelings between them are forbidden by law. Are the differences between a prince and a commoner too large to overcome, or are they just a matter of magical misperception? 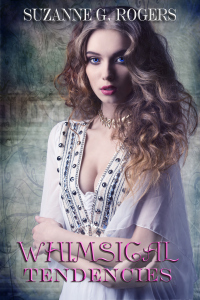 Although she has no memories before the quake that destroyed the kingdom of Augury, Cypher McCall holds a steadfast hatred of the repressive Cauldian regime now ruling the country. Because her magical gifts are deemed subversive, she does her best to avoid detection. Unfortunately for Cypher, however, she’s too beautiful to ignore. After a Cauldian contingent arrives in her hometown, a chance encounter leaves her repulsed by the arrogant Prince Ewan and attracted to his distant cousin, Lord Joss.

When she learns Prince Ewan plans to tear down the ruins of nearby Castle Augur, Cypher vows to stop him. Although handsome Lord Joss tries to protect her from his vindictive cousin, Cypher can’t bring herself to trust the enemy. At the same time, nightmares and dreams nudge her toward reclaiming childhood memories. She stumbles on a silver key that she hopes will unlock her past, but first she must confront a long repressed horror at the Castle Augur ruins.

Will the knowledge of Cypher’s true identity tear her apart or will it empower her to restore everything she ever loved?

Dani & the Immortals
When Dani was a teen, she had it all; a starring role in her own television series, a 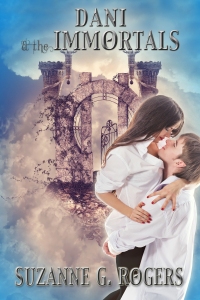 wonderful family, and her health. A few years later, everything has changed for the worse–and her time is running short. All she wants to do before she dies is to fall in love, but when she’s kidnapped and taken to Asgard of Norse mythology, she becomes enmeshed in a quarrel between immortals. Prince Rein lends a hand in her quest to return home, and she begins to think the handsome elf has captured her heart. After a magical artifact goes missing, however, he may be forced to marry another woman to avert a diplomatic catastrophe. To find the artifact and save the prince, Dani must undertake a dangerous quest involving ogres, dark fairies, and underworld criminals. Ultimately, however, she’ll have to defy Odin himself. 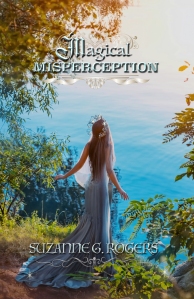